Conflict of Interest: The author is a former employee of Morningstar with friendships with current Morningstar personnel. In addition, Flowspring sources a significant portion of its data from Morningstar. However, this article makes every attempt to be impartial, and there is no intentional bias in any of the analysis we put forth herein.

It’s no secret that independent 3rd party fund ratings influence the way investors think about mutual funds and ETFs. The Morningstar Star Rating, in particular, has shown to be predictive of future fund flows. We examine this relationship in more depth and find some interesting nuance to the link between the Morningstar Star Rating and fund flows. Our key findings include:

A Brief History of the Morningstar Star Rating

The Morningstar Star Rating came into existence in 1985, just one year after Joe Mansueto, Morningstar’s founder, started Morningstar in his Chicago apartment. From its humble beginnings distributed in hard copies of Morningstar’s Mutual Funds, it has grown to influence the movement of billions of dollars of capital each month.

In fact, we can estimate the exact amount of flows attributable to the Morningstar Star Rating using the Flowspring Global Flow Model – a factor model of fund flows. We find that, on average, the Star Rating is responsible for $38 billion in gross flows per month across all mutual funds and ETFs. 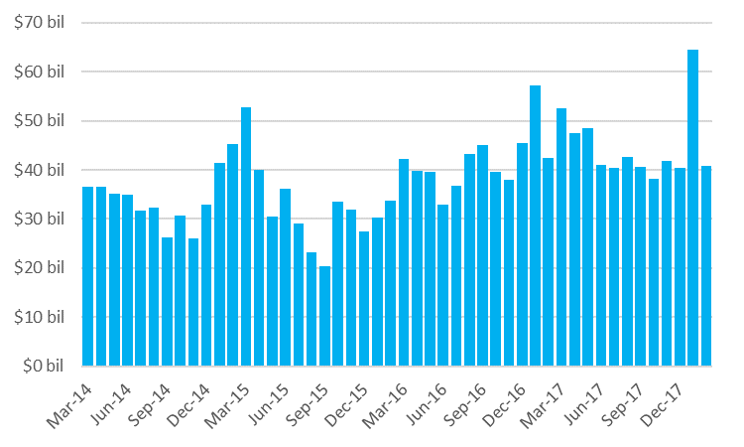 While the Star Rating has always been a backward-looking indicator of a fund’s performance, it has gone through iterations of enhancements over its lifespan. The most significant were the introduction of category-based peer groups and fractional weighting in 2002, and more robust global calculations in 2006.

Today, the Star Rating is a lucrative business-line for Morningstar, generating 4% of the company’s $911 million in revenue, and an even higher share of its profits. Most, if not all, major asset management firms license the Morningstar Rating for use in their advertising to persuade investors that their funds are superior to competitors.

Because of its prominence in the asset management industry, the Star Rating has been studied extensively for its ability to predict future fund investment performance. While such studies have been, at times, contentious (see The Morningstar Mirage from the Wall Street Journal and Morningstar’s several rebuttals), the consensus is that the Star Ratings are weakly predictive of future performance.

Star Rating is Among the Biggest Drivers of Fund Flows

The Flowspring Global Flow Model is a factor-based model of fund flows to mutual funds and ETFs. We include dozens of factors in this model, including those that describe a fund’s performance, its product characteristics (category, fee structure, management team), it’s brand, and its distribution skill. Among these factors, the Morningstar Star Rating stands out as the third greatest explanatory variable for fund flows after fund age and fees. 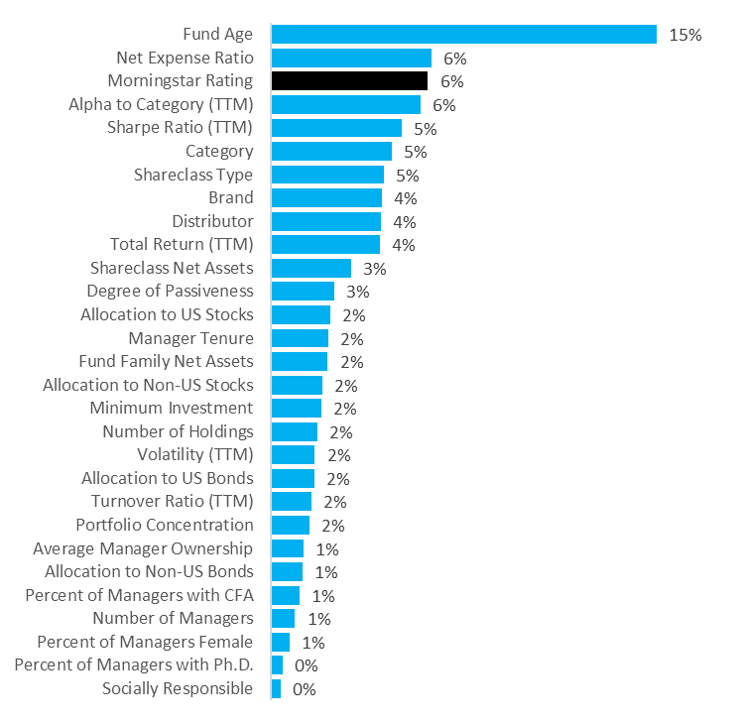 Figure 2: The importance (average absolute value of contribution to flow growth across all funds and ETFs) of selected factors from the Flowspring Global Flow Model

Moreover, this relationship is non-linear, and remarkably stable through time. 5-Star funds experience a flow-based growth tailwind of 4% per year, while 1-Star funds face a headwind of 7% per year. 2-, 3-, and 4-Star funds are less distinct from each other, each with tailwinds between 0% and 2% per year. Clearly, investors are concerned with putting themselves in the best performing funds and avoiding the worsts performers, but less effort is expended differentiating between middling funds. 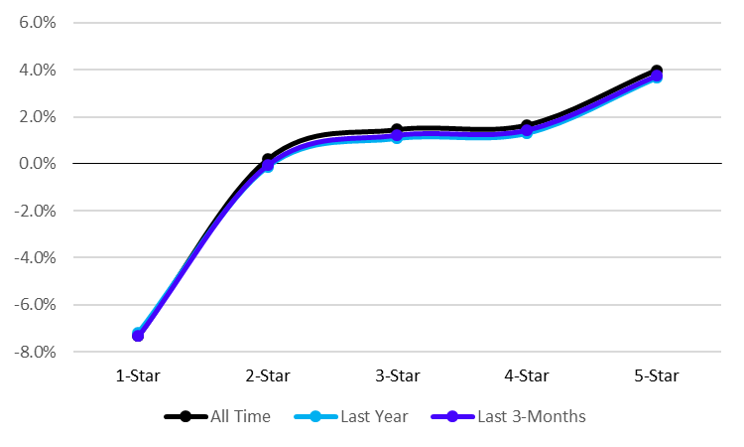 Figure 4: Transition matrix for Star Ratings at a 1-year horizon

When a Morningstar Star Rating changes, we observe an immediate reaction in flows. Within the first week, investors send more net flows to funds that have been upgraded and redemptions to funds that have been downgraded. Clearly, some investors employ a rule-like approach to investing that may require a fund to be rated 5-Stars (or at least not be rated 1-Star) as a prerequisite to inclusion in their portfolio. In fact, for funds that have fallen by more than 3 notches, the 1-week time horizon is when the most significant reaction occurs. 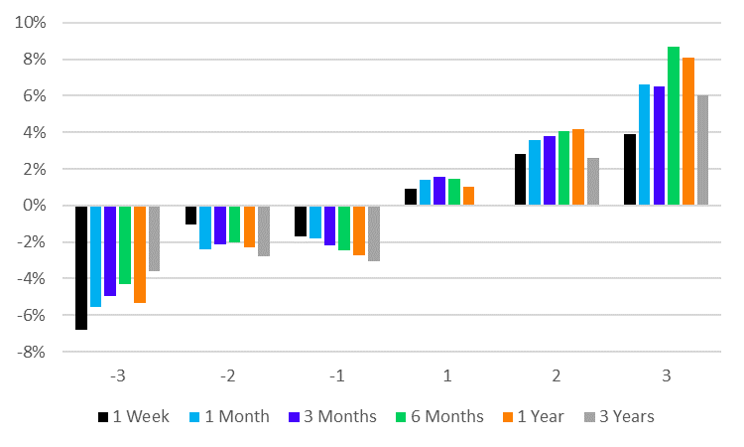 Figure 5: Event study of the change in flow-growth (y-axis) after a rating change event over various time horizons.

However, for any rating change except those that lost 3 notches, flows continue to change, on average, over the subsequent one year, indicating that some investors are slower to react. These investors may expend less energy staying in-tune with Morningtar’s Star Ratings on a day-to-day basis, or they may be more susceptible to the delayed marketing and advertisements from asset managers which tend to prominently display favorable Star Ratings (even sometimes after the rating has reverted back to a lower level).

The Value of a Star Rating 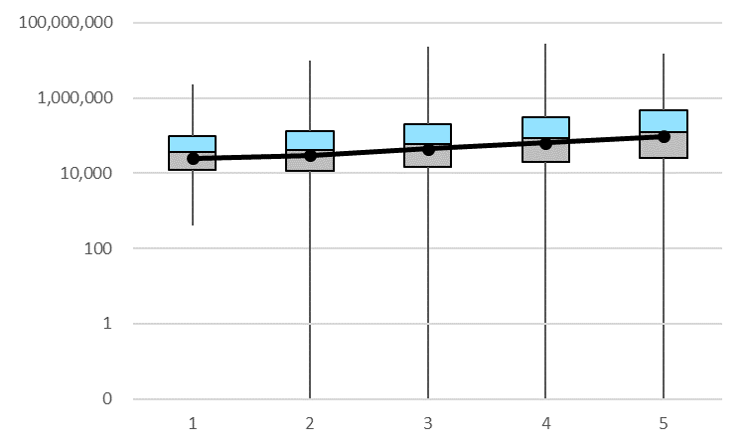 On the surface this may seem a bit nefarious, but it’s a natural effect driven by the mechanics of the Star Rating itself. Star Ratings are a backward-looking measure of performance, therefore funds that have done well (grown their assets by a large amount) will achieve higher star ratings and be larger than their slower-growth counterparts. Compounding this effect is that investors, as we’ve seen above, send additional flows to funds that have high Star Ratings. Consequently, there is a positive correlation between fund size and Star Rating, and therefore a positive correlation between Star Rating value and Star Rating.

We’ve shown herein that Star Ratings are stable, exhibit a non-linear relationship to flows, and influence more than half a trillion dollars in gross flows within the fund and ETF industry each year.

There is no doubt that the Morningstar Star Rating is a powerful force in the asset management industry. Most asset managers tend to recognize this fact – some going as far as replicating the methodology internally to anticipate Star Rating changes and position their products in marketing and advertising campaigns accordingly.

It remains to be seen if the Star Rating will continue to hold the level of influence it has over the industry. To their credit, Morningstar emphasizes that the Star Rating should only be used as part of a more comprehensive due diligence process. Should investors want to start their investment process with a Morningstar rating, they may be better served to make use of the newer Morningstar Analyst Rating which, unsurprisingly, is assigned by human analysts as a reflection of their qualitative analysis of a fund’s future investment prospects.

©Flowspring, Inc. All Rights Reserved. The information, data, analyses and opinions presented herein do not constitute investment advice; are provided solely for informational purposes and therefore are not an offer to buy or sell a security; and are not warranted to be correct, complete or accurate. The opinions expressed are as of the date written and are subject to change without notice. Except as otherwise required by law, Flowspring shall not be responsible for any trading decisions, damages or other losses resulting from, or related to, the information, data, analyses or opinions or their use. The information contained herein is the proprietary property of Flowspring and may not be reproduced, in whole or in part, or used in any manner, without the prior written consent of Flowspring.